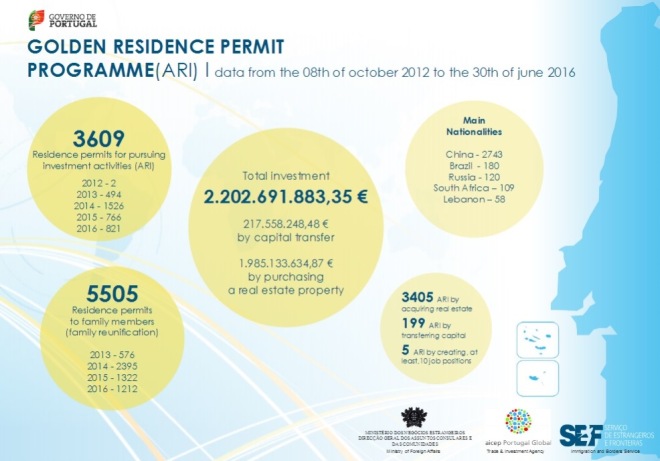 The number of applicants for the Portuguese golden visa programme has risen in 2016 compared to the previous two years. In 2015 the programme was postponed over the scandal that led to several arrests while the government introduced enhanced procedures for checking applications. A fairer comparison is with the previous year and the numbers for the first six months of 2016 are already on track to beat 2014’s record year.

La Vida has seen a surge in interest in several of our high profile real estate projects in Lisbon in recent months on the back of a robust market that is seeing prices rise from historic lows and one that shows promise of good capital gains in the coming years.